Ms. Anite Hebert Gaudet Gained Her Angel Wing's - Closing In On Another ‘End Of Era’ 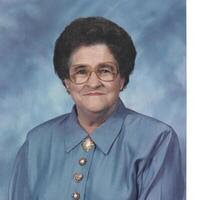 Here are some things about Ms. Anite  Hebert Gaudet from our Bayou Pigeon book library.

Hebert is an Old Acadian name. Most Heberts in North America are descendants of two Acadian Hebert brothers who came to the New World in the mid-17th century. Today, it is one of the most populous groups of people with Acadian surnames.

Though you will find Heberts around the world, the greatest numbers, thousands in fact, can be found in Louisiana.

Evariste and Margurite Hebert from Pierre Part had 9 children. Of the nine, five made their way to Bayou Pigeon. 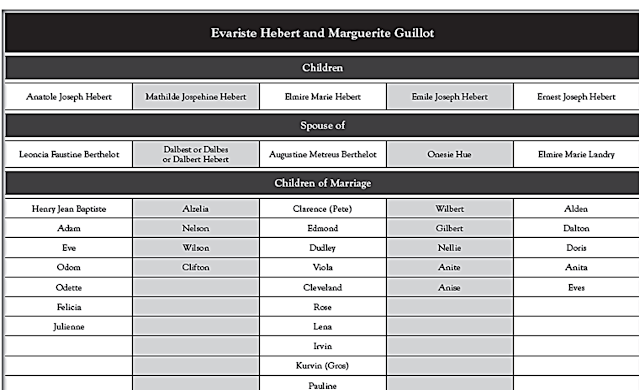 Emile and Onesie moved to Bayou Pigeon sometime before 1920. Emile moved next door to his brother Ernest, north of the confluence of Little Pigeon Bayou and Grand River.

In the  1930 US census, Emile listed his principal occupation as moss picker.

In the early 1900’s practically all the men picked moss at one time or another during the off seasons for fishing and trapping. At that time, there was demand for Spanish moss to supply the numerous moss gins located through out south Louisiana. Moss picking was a steady way to make a living and moss was plentiful. 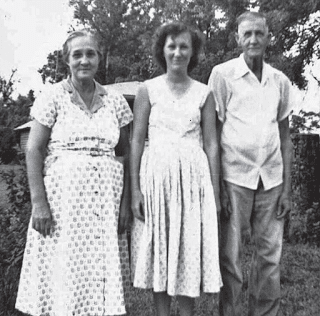 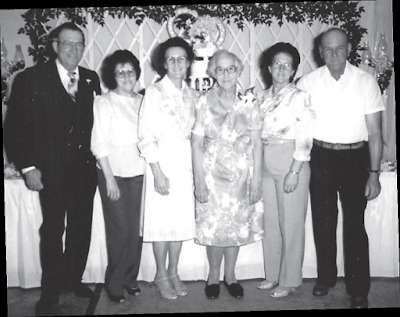 Anite second from left was the fourth of 5  childtren. 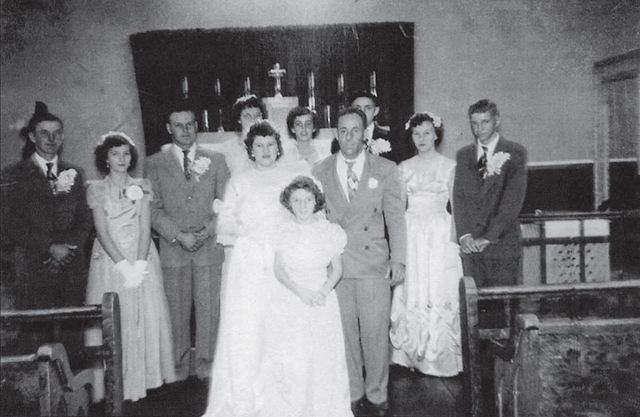 Mr Ed Gaudet & Ms Anite  Hebert Wedding  1952
Anite married Mr. Ed Gaudet  of  Bayou  Pigeon.  This wedding has the distinction of being the very first wedding to be celebrated in the Bayou Pigeon Mission Church, known at the time as Our Lady of the Miraculous Medal Chapel.
Fr. George Barbier, who was the associate pastor in Plaquemine, Louisiana, was the priest who married Ed and Anite in Bayou Pigeon.
Anite said  they did not have a  formal wedding reception but that her parents did cook a big meal for entire wedding party. 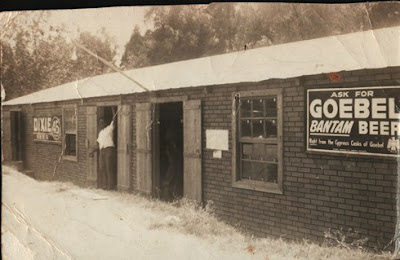 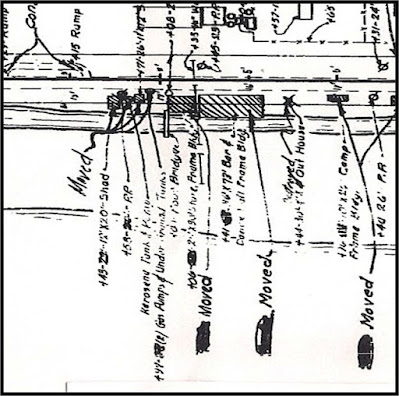 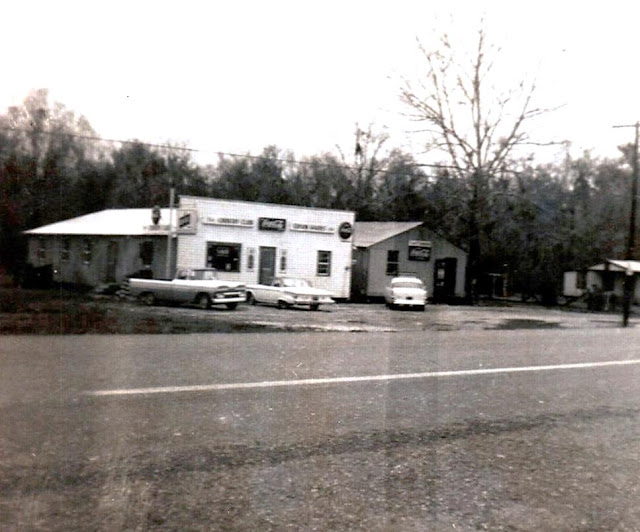 Gaudet Bar, Dancehall and Grocery c 1960's
The business was part of Anite’s life. She had to blend helping run a business and raising her family in the same building.
When The  Original Gaudet  Grocery, Bar And  Dancehall was demolished  to pave Hwy. 75 , the  store  and a new  barroom  and dancehall were moved to the  east  side of  the road.
Ed and  Anite  lived  in a  small house between the  store  and  Wallace  Gaudet’s house.
In 1964 they converted dance hall to living quarters and a grocery store.
Then in 1975 they closed the store and remodeled the living quarters to what it is today.
The old bathroom in the dance hall with all the graffiti writing on the wall stayed for a while, until it was removed in the 1990’s.
Glenda Gaudet Barlow says she wishes they would have taken pictures of it.  It was so unique, it was written history of the people who came to the dancehall.  The  Richard Brothers  band was extremely popular  and packed  the  people in.
Glenda, says  at the time the graffiti  was removed her mom evidently didn’t feel the history  and  heritage  of Cajun Bayou  Pigeon.
30 + years later  we recognize  that we have  almost lost the Cajun French  language and we do not want to lose the  history of Gaudet Store, Bar and Dancehall it is a  part of the fabric of  Bayou  Pigeon.

Closing In On Another ‘End Of  Era’ …

Except for Ms Anise, all of the other children of Emile  and Onesie  Hebert are now passed.
That leaves Anise as one of handful of people of Bayou Pigeon where Cajun French was the first language in the home growing up.
She leaves behind six grandchildren, Bruce, Brad, and Amy, Steven, Michelle, and Brenton and Nine great grandchildren… Lauren, Ryan, Andrew, Brayden, Lilly, Corinne, Chandler, Graham and Brantly.
Ed and Anite enjoyed playing bingo in their retirement years.  Diane  and I would see  them  at the  St. John  Fathers  Club bingo  when we  worked it on Tuesday nights.  They kept us up to date on all the people who attended the bingo and what they were talking about.
Anite  kept  her close ties  with the Gaudet  family after  Ed passed  away.  She  was a welcome everyday visitor to Diane’s mom, for many years. 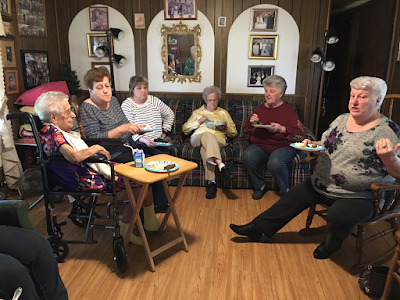 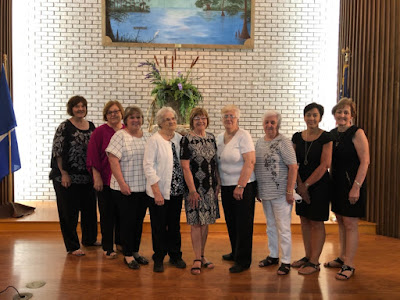 Extended  Gaudet  Family
Children, in laws, what ever… Cajun  families  stay  close to other 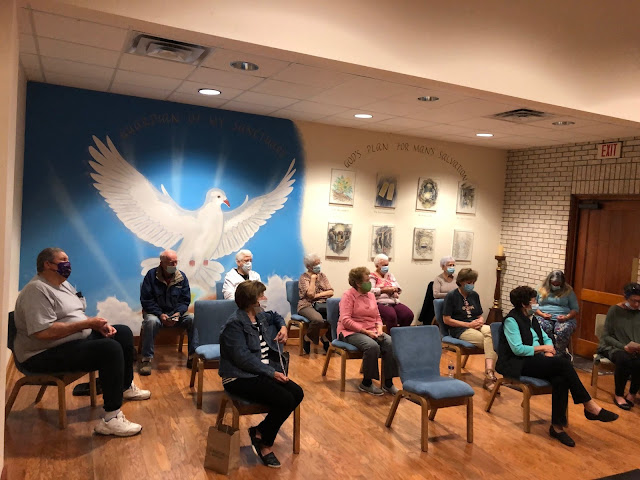 Anite attended the Rosary every Tuesday at Bayou Pigeon Heritage hall shrine room to Our Lady Queen Of  Peace.
Anite will be remembered as a devoted daughter, dependable sister, beloved wife, loving mother and proud grandmother.
R I P  - Anite … Diane and I are forever grateful for the time you  spent  with her mother in the last years of her life.
Posted by Chachie of the Atchafalaya at 6:29 PM