When I first moved to Bayou Pigeon, in 1958,  there sometimes was a unique naming convention used and understood among my friends at Indigo Bayou.  Bayou  Pigeon was a  small community and there were many duplicate first names among the residents.
To distinguish  between folks  with duplicate first names when the situation occurred, the first name of the husband and/or father (sometimes the mother if the father had passed) was used to identify and distinguish the person being referenced.
Case in point, as an example, if the first name ‘Marie.’ In Bayou Pigeon there were a lot of Marie’s. Strong Catholic faith and devotion to Blessed Mother. Some of them were,  Marie la Pete, married to Pete Berthelot, Marie la Boi Boi, married to Sterling “Boi Boi” Hebert, Marie la Vin married to Cleveland Blanchard,  Marie la Pep, married  to Clement Landry, Marie la Dassas, married to Dassas Frioux.
We had 4 four Adams, that I remember and they were of the same generations. There was Adam la Pete  son of Pete Berthelot,  Adam la Lote son of Lotus  Michel, Adam la Vivianne, son of Vivian Hebert Landry and Adam la Vin son, Cleveland Blanchard .
Adam La Pete  was known  for his love of music. With his life long friend Calvin Leblanc, he played music at many type of venues, bars  and dance halls and weddings.  They were swamp pop before swamp existed.

In later years he and Calvin, played pro bono at mass  at St. Joan of Arc Church and Nursing homes for elderly. 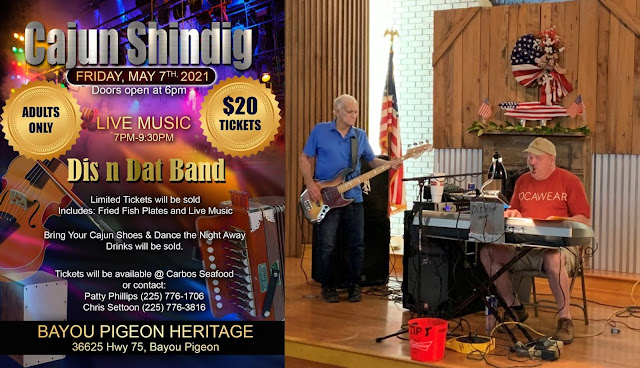 He played music right up to the time he got his  Angel wings.
Adam’s   formal obituary said … when he got to heaven he planned to play music and go fishing  with his best friend and lifelong hunting partner, Gaulbert Hebert.
In 1962, the last year alligator hunting was legal, before it was  closed  for 10 years 1962 to 1971.
Adam and Gaulbert managed to take a 12 ft + alligator in the Indigo Bayou / Lake Natchez area after a two-hour chase.
It was one of the biggest excitements ever  at Indigo Bayou,  the Plaquemine Paper put the story in the paper. 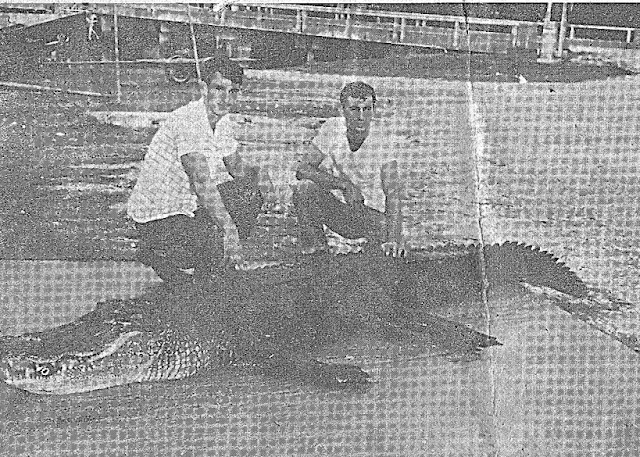 The entire indigo Bayou hamlet turned out to see it. 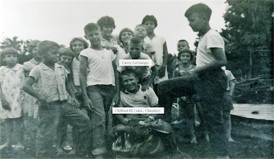 I was there
One thing for certain, back in the day, when anyone said Adam … this … which one?  They answered Adam la Pete.  Then every person at Bayou Pigeon knew exactly of whom you were speaking…
God’s  Speed Adam La Pete
Preserve the Heritage,  support the Bayou Pigeon Heritage  Association
Chachie
Posted by Chachie of the Atchafalaya at 8:10 PM