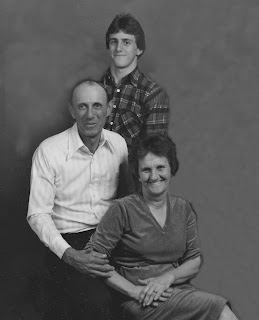 Mr. Felix, 'Went Missing' on May 18, 2018; Went missing in this case only means he is no longer in our sight. Why is that? Because he  will never be  forgotten as long as our book Bayou Pigeon, LA. Spirit of Atchafalaya is  around.

Here are  some the things  about him from our Bayou Pigeon book library resource information.

He was born at Bayou Indigo, in 1925 (probably on a houseboat), he told me  he thought his family  came lower Grand Lake area to Bayou Pigeon. Sometime before 1930, the family moved approximately one mile north of Indigo Bayou , about a ½ mile north of the current Bayou Pigeon Pontoon Bridge on the west  side of  Grand River.  Thus the only way to get around was by boat.  This  was before  a  ferry and a bridge  at bayou pigeon. In those old days  people lived a simple life; they grew, caught, trapped or killed their next meal.

Mr. Felix lived  his entire life at Bayou Pigeon and he experienced all elements of Cajun folk life. He has lived/worked as a Swamper; eg., he has fished for catfish, scale fish, crabs, frogging, moss picking, logging, and right of way clearing, anyway the swamp offered to make a living.

His family is in the 1930 US Census for Bayou Pigeon. Note that the Census worker, listed Felix as a daughter of Emile and Alice. This is undoubtedly because she interpreted the Cajun French pronunciation and spelling of Felix, i.e., Felician, (fa lease e ain) as his parents would have called him… as a female name. Apparently, this was a very common mistake by English Census workers of the time period as the authors found 4 or 5 examples of this in our research. The Census takers had a problem with French Cajun names. 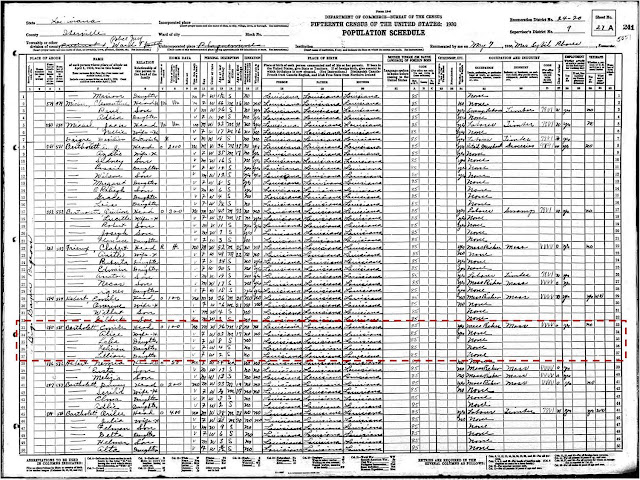 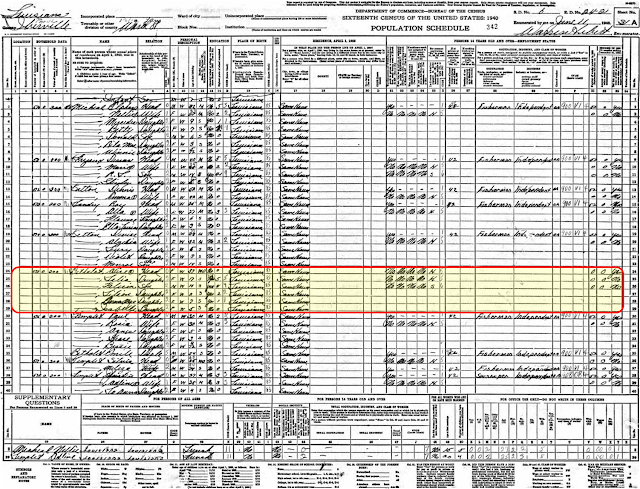 1940 US Census at Bayou Pigeon

In the 1940 US Census for Bayou Pigeon. Note that  Mr. Felix's  father has passed  away as his mother Alice, is listed  as the head of the family. 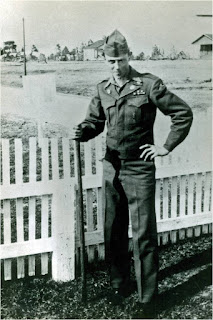 After the war  he  went to the  GI school at Bayou Pigeon and  completed his schooling. 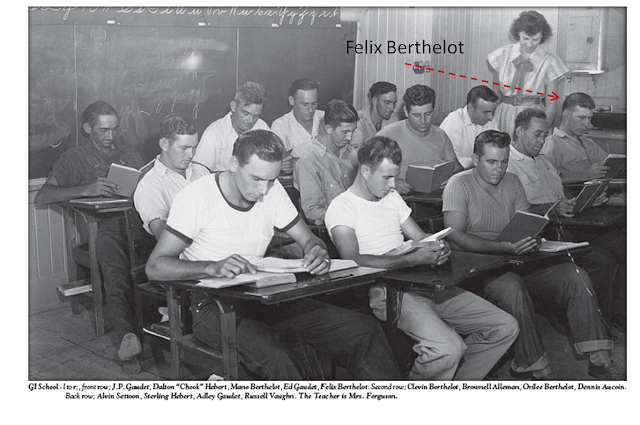 In 1947, he  worked as a  Swamper cutting the right of  way  for one of the first the oil field  access canals, it became  known as  Dewey Vaughn canal. 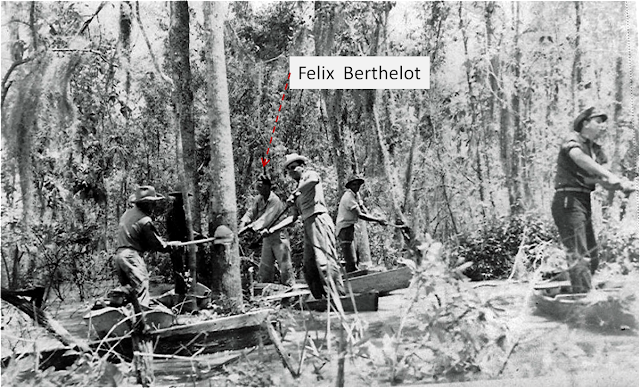 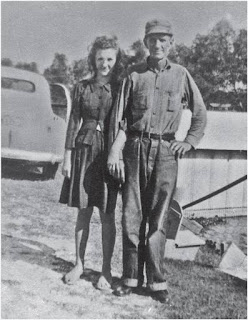 In 1950, he and Alden Hebert bought Mr. “Bee” Landry’s Fish buying business. This consisted of an old truck, a fish box and a list of customers.

In 1952, he and Alden bought the inventory of Mr. Sabin Landry’s Grocery Store and opened their store in the front of Felix’s house. A year later Felix and Alden ended the partnership.

From there on, his wife, Toie ran the grocery store and Felix built on his fish/crawfish wholesale business. His route expanded to include markets in Baton Rouge and New Orleans. As a  Seafood Wholesaler for 66 years, Mr. Felix  is well known and respected through out the crawfish buying industry.  His son Darrell and grandson Bryce  carry on the business.  It was a quick and easy transition all they had to was change one letter on the trucks from F.J. Berthelot & Son to D.J. Berthelot & Son...L.O.L. However living up to Legacy of Mr. Felix will be more challenging. 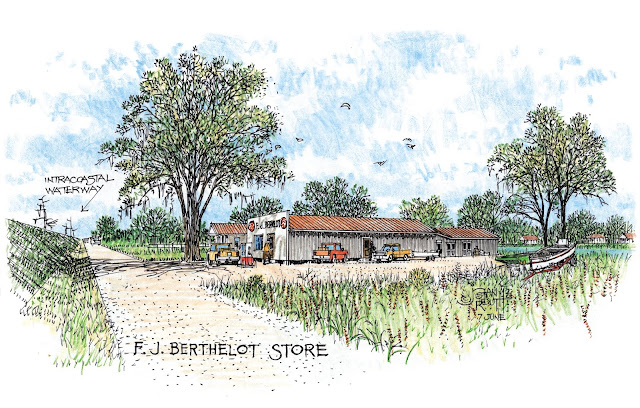 Mr. Felix was known as  avid  Rabbit hunter and kept a pack beagle hounds, he hunted rabbits in the Atchafalaya  Floodway  as far away as Grand Lake, and in around Bayou Pigeon. Later on he was known as avid  deer hunter and credited with taking many  nice bucks... 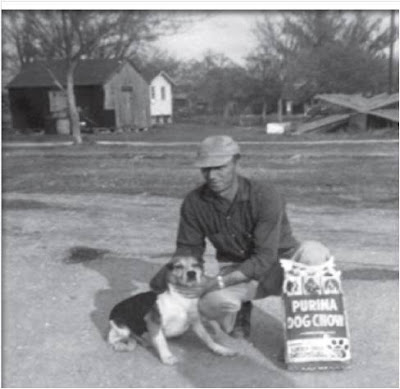 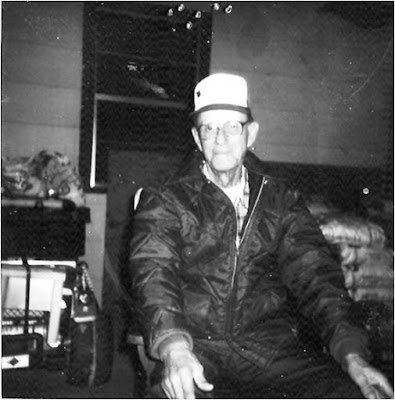 Felix was a great, great Cajun story teller, he told many a good story to me about the Bayou Pigeon of old. He had a  sense of humor that would catch you off guard.

Growing up at Bayou Pigeon , his father would send  him to Mr. Adolph Berthelots general store with 25 cents to buy 7 shotgun shells… His father would take  the shells  and go squirrel hunting… Mr. Felix  would count the shots  and on the seventh shot he and sister  would go meet his father and clean the squirrels for the supper table. After skinning and cleaning the squirrels, they would turn the hide inside out and tie a  string to the hide. They would tie a brick on the line and throw it out in Grand River, in front of their house. They would catch enough fresh water blue crabs for another supper.

My favorite  Mr. Felix story, is shown in the picture below. This was told to a group of us one night on The 10 Gun House Boat after a long day deer hunting.  The  story was printed in the Bayou Pigeon book, with  the real names omitted, because at the time not all the real participants were not deceased.

Now, the story as first related by Mr  Felix, can be told. The players were Mr. Peanut Simoneaux, Junior Vaughn, (Mr. Felix's Brother in Law) and Leroy Vaughn. 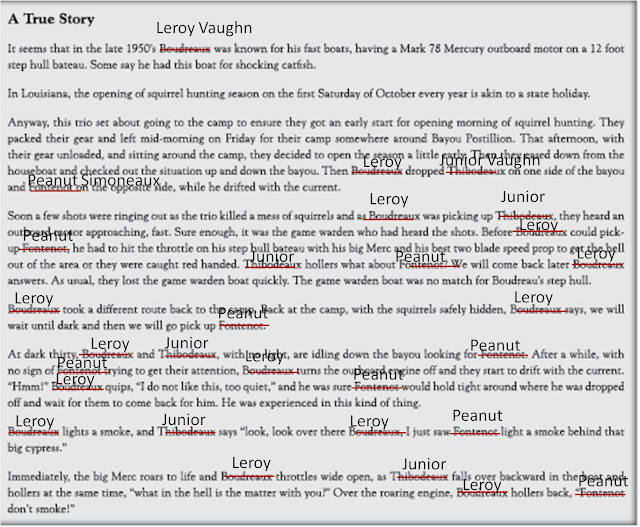 I have always  wanted to know how the first big curve in little Bayou Pigeon gots it's name.  I never did  reach a consensus  with anyone.  Mr. Felix said it was referred as To_by's (2 B) Point by his father when he was growing up. Never really found an answer to that question. 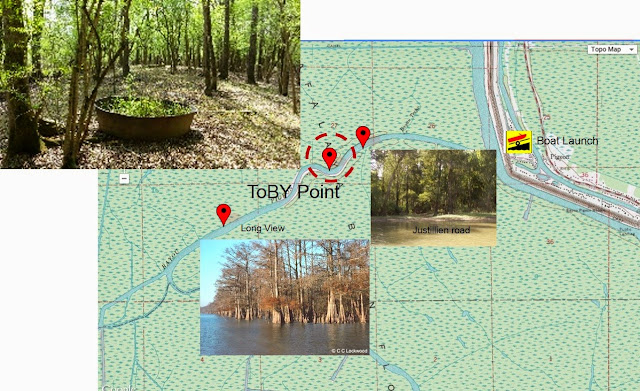 But, I did find out  was another of Mr. Felix's great stories.

To_By's  Point, was mostly know for Turtles,  that is among the local Bayou Pigeon folks.  How was that?  Turtles  make their nest and lay their eggs in the spring time, the high water time of the year in the Atchafalaya Basin/ Floodway. To_By's is a alluvial high ridge on Little Bayou Pigeon.

Mr. Felix  related, back in the day, he and his father would head out to fish their trot lines. At that right time of the year  you could always count on finding a turtle building their nest and laying eggs,  It was said  fishermen  stopped on the way out and in and always got a turtle, both going  and coming at To_By's Point.  Mostly “mobelians”, the kind that crawl on logs to sun themselves.

So, to check out Mr. Felix's  story, I stopped by 2b's point one day...sure  enough there was old turtle shell... 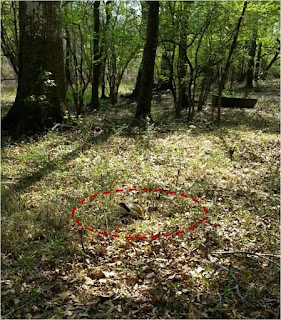 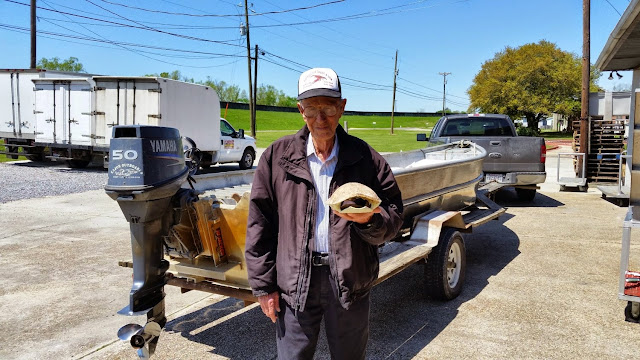 I never doubted him...

Gratitude is very under valued in today’s world, and it is one flaw I try to avoid.

He bought my crawfish a couple of years (first time in 1973 that's how long I have known him)   when I did some crawfishing commercially, when no one  else would.

Most Important, I would really be  remiss if I did not my acknowledge  the  significant contribution Mr. Felix Berthelot  made to our book Bayou Pigeon, LA. Spirit of the  Atchafalaya.

We owe him, the community  owes him a huge debt of gratitude for his contribution, telling and thus preserving the Heritage of Bayou Pigeon.

In the Spirit of Bayou Pigeon

Posted by Chachie of the Atchafalaya at 10:50 AM